If you’ve ever dropped your phone in the toilet, it’s one of the worst feelings, and you’ll probably never forget it.

That’s why this story is a wild one.  A woman in Maryland named Becki Beckmann says she and her husband were having trouble with their toilet last week.  Every time they flushed their toilet, they heard a banging sound.

They originally blamed the toilet issues on their old house.  One day they got so annoyed that they decided to “plunge the out of it.”  After taking matters into their own hands, they pulled something out of the toilet.  It was Becki’s iPhone! The phone had been deeply lodged in the toilet for almost 10 YEARS.  Yes, you read that right, 10 years.  Becki lost the phone back on Halloween of 2012.

In a post on Facebook, she said she thought it was “mysterious” that her phone vanished without a trace.  Eventually, she gave up looking for it and just bought a new one.

She included some photos of the old phone after they pulled it out. 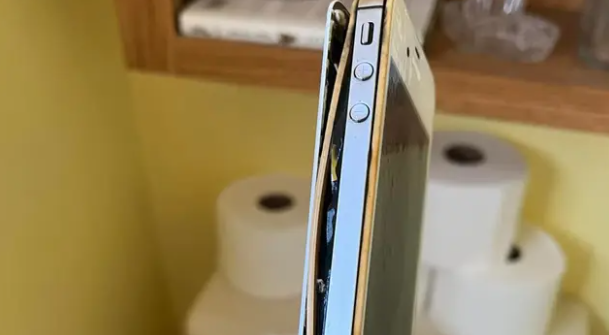