The eight-episode series focuses on the notorious case, which was a big deal back in 1993. Two years prior to the mammoth O.J. Simpson trial, the Menendez trial captivated the United States, and it played like a soap opera. All of the elements were there: two spoiled good-looking young men, a wealthy family, admissions of guilt and stories of sexual abuse at the hands of their parents.

It also sounds like great TV. Global News caught up with the cast and creators of the new series at the Television Critics Association summer session. Here are six things to know about Law & Order True Crime: The Menendez Brothers. 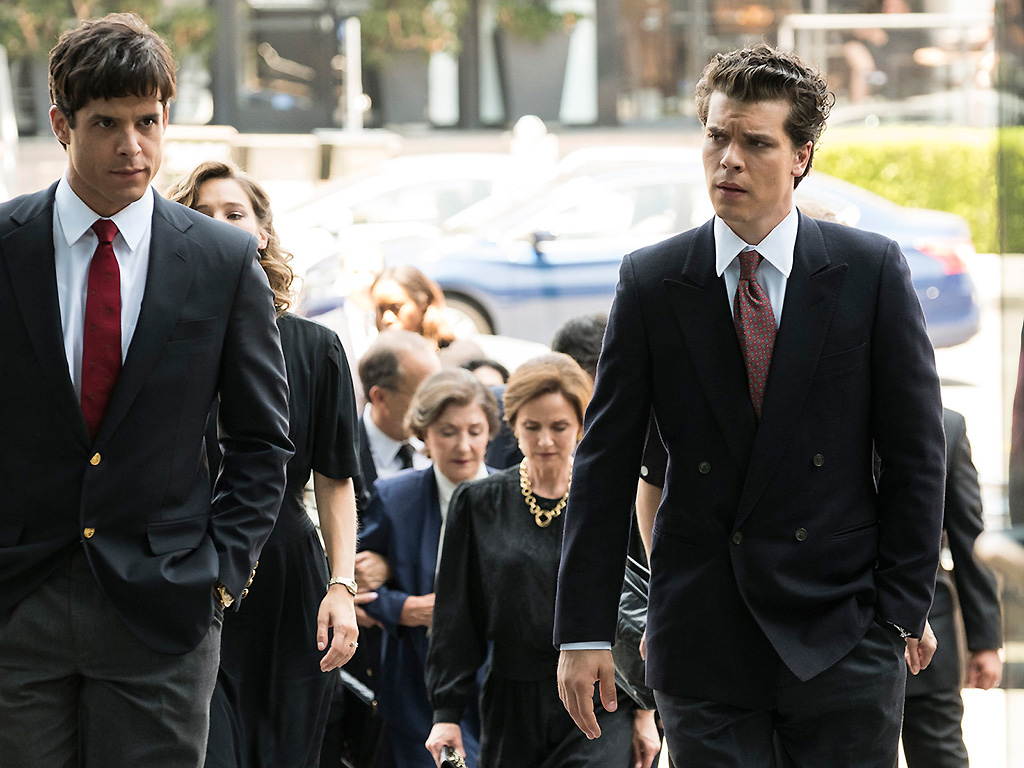 Both men are in their 20s, and therefore can’t remember a thing about the actual Menendez brothers’ trial when it was taking place. While others may be coloured by actually experiencing it, Halper and Villaneuva were able to approach the material with a fresh look.

“I actually feel like that was a benefit in approaching the character,” said Halper. “Because we didn’t have to break through all these preconceptions of them. I think a lot of people had because of the media frenzy about the case, so that was actually nice. I’m grateful that I didn’t know anything about it. I had to approach it with a fresh set of eyes.”

Of course, the pair was educated about the case in great detail, and like the majority of the world, they learned from newspaper headlines and TV news.

“There so many private moments,” said Villanueva. “There’s so much that was not in the media, so much of what a lot of you didn’t see covered by the media that we’re showing, these private behind‑closed‑doors moments. We get to tell that story, the things that people didn’t see, and I think that offers a lot of power for our story.”

While you won’t learn anything new, it may change your attitude

Yes, the Menendez brothers admitted to murdering their parents, but they then followed up with the claim that both of their parents committed abuse towards them — physical, emotional and sexual abuse — and they finally broke. The showrunners contend that the media was content in showing the brothers as spoiled brats who murdered their parents to spend their money, but Law & Order will show a different side of things.

“The research revealed things that none of us knew, and that’s one of the things that I think is most impactful about the eight hours,” said Dick Wolf. “I don’t care what attitude you go in . Your mind is going to receive information that will change a lot of attitudes. This is taken from the headlines, this is on a different level. It’s also the only time that we’ve had a collective agenda… this is one of the crimes of the century.

It’s absolutely horrible, but when you see the information, I think people are going to realize, well, yeah, they did it, but it wasn’t first-degree murder, with no possibility of parole. They probably should have been out 8 or 10 years ago, because they should have been convicted of first-degree manslaughter. So, yes, this is a show that has an agenda to it.” 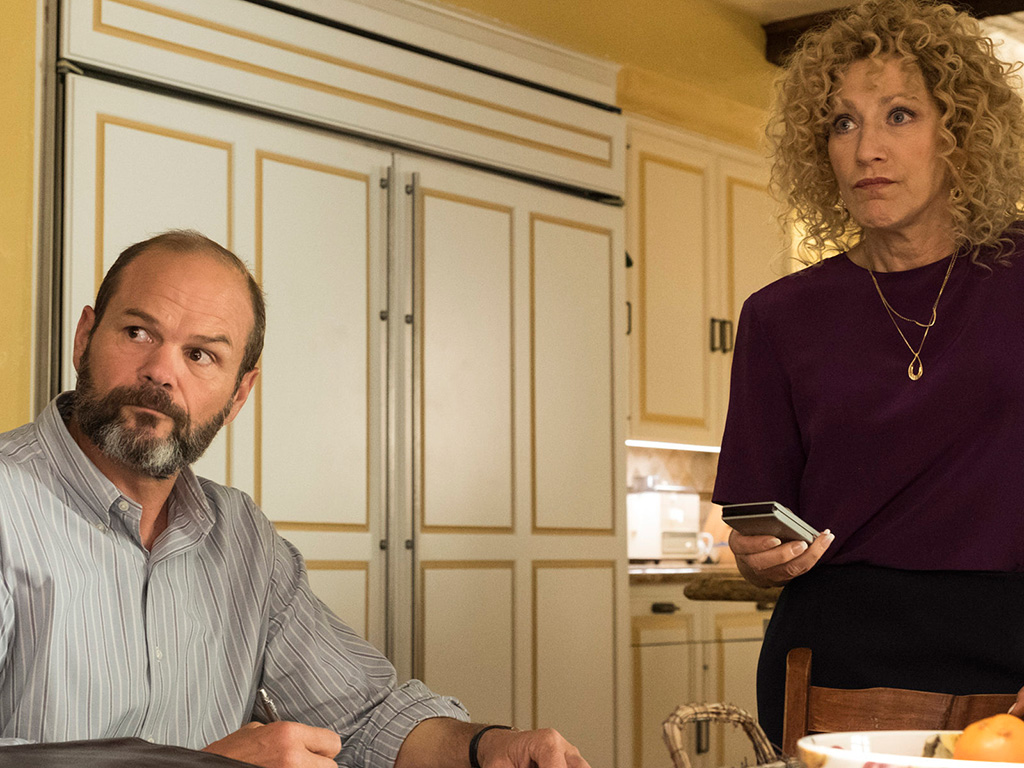 Getting Falco on board is almost like an audience magnet, though she’s tough to secure. (The story goes that she’s very selective with what shows she says yes to.) Revered and respected both within the industry and by TV watchers, she’s a big draw. And in this role, she has Abramson’s big hair to match.

And by Abramson herself, it seems.

“Leslie Abramson is interesting to me,” said Falco. “The fact that, during this period of time, she was as passionate as she was about her job, in general. But specifically this case… that she was not popular, and that was of less interest to her than it might be to other people. She was really about doing a good job, getting the best defence for her clients. I’m always interested by that. Her job came first; justice was really what this was about for her. I’m always moved by that and compelled by it.” 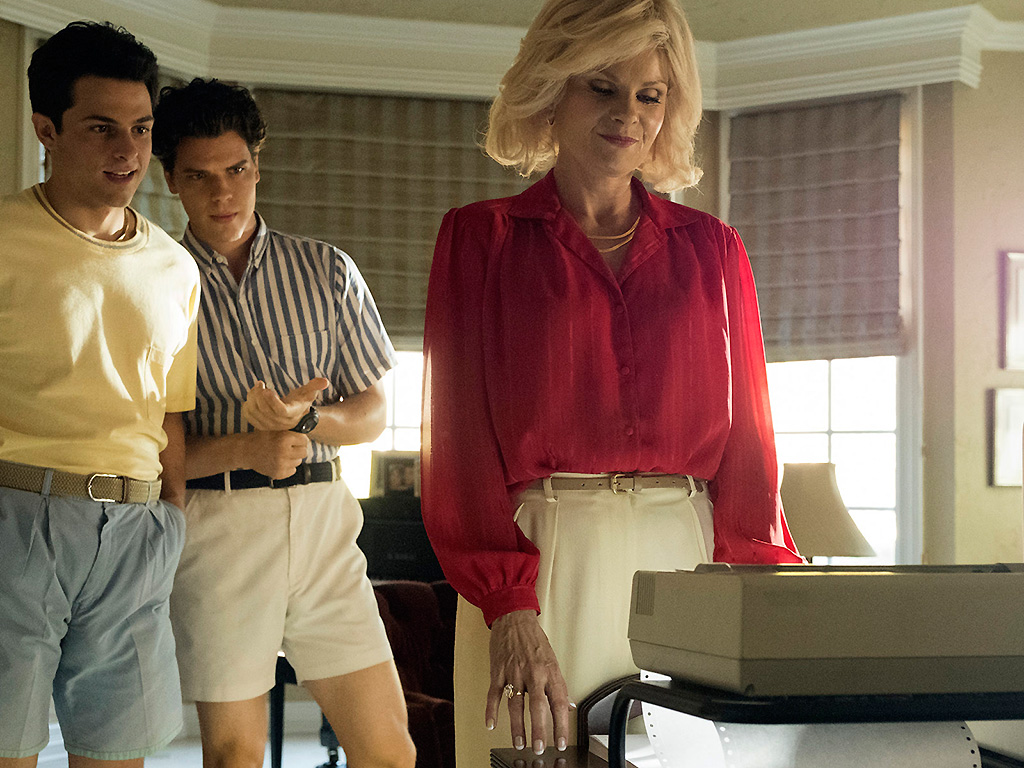 As with other true crime stories (and with all Law & Order series), there are many uncomfortable topics and mature subject matter. The Menendez Murders is no different, and the unpleasant accusation of child abuse takes up a substantial chunk of the case. It got to the point where Halper was having nightmares after shooting scenes.

“Yeah, we’re going there,” said showrunner/executive producer Rene Balcer. “Both boys were molested by their father. Both boys were molested by their mother, according to their testimony, which is corroborated by testimony from relatives, some photographs that were found. And, in fact, according to the testimony, the younger brother, who was 18 at the time of the murder, the last time his father molested him was two weeks before the murders. So this was a very dysfunctional family. That’s part of the story.”

You may have noticed one or two or 20 true-crime shows on TV over the past couple of years as it reached its peak. After the success of last year’s The People vs. O.J. Simpson, it’s not a big shock that the Menendez brothers are next. The showrunners contend that the Menendez case has even more intrigue than the much-publicized Simpson trial.

“It’s still the same thing:  How do you get people into the tent?” postulated Wolf. “And the people, especially Lesli and Edie, are an awfully good calling card, and I don’t have to point out that the main consumers of crime, both fictional and non‑fictional, are women.

And that is an audience — I can’t say it’s been underserved, but it’s something — this is certainly, I would think, right up that core demo’s growth, because it’s got love, lust, lying, cheating. Basically, all seven deadly sins in one place.

And perhaps, most importantly…

The Law & Order ‘thunk thunk’ will be used

After all, what would the show be without it?